As you read this review of the scientific literature regarding the therapeutic effects of Cannabidiol (CBD) and cannabinoids, one thing will become quickly evident:

CBD has a profoundly positive influence over every aspect of our bodies and minds.

Let’s start by briefly explaining that this influence has to do with a master regulatory system in your body, I'll tell you more about that in a moment.

What's important to understand is that when this system isn't operating the way it should it can create a wide range of problems in the body like:

As science is starting to understand this system more fully the above list continues to grow.

Before we give you a deeper understanding of this system let's examine what fuels it...

Cannabinoids come from Cannabis and Hemp.

Both are actually sister plants, one has a compound that will get you high (THC), the other does not.

The most popular and effective cannabinoid that we will examine is called Cannabidiol or CBD for short. You've may have already heard about it but when we started researching it years ago it wasn't so well known.

In The Beginning, We Were Skeptical

Knowing the history of cannabis and being in the wellness industry for over a decade we knew it was used as medicine for a long time in the past.

But when we started reading about the cannabinoids locked within, digging deep into CBD, and seeing the crazy benefits it had for so many people we found it hard to believe and thought people were just trying to cash in.

There were big claims but where was the scientific evidence to back them up?

Well, we began searching for this scientific research and what we found was nothing short of astounding!

There was a literal sea of scientific information that validated the claims.

There is now more evidence to back up the incredible power contained in this natural plant than many of the well-accepted pharmaceuticals commonly used today.

It’s really interesting that a new study of 2400 CBD users has just shown that a large percentage of them gave up conventional pharmaceutical drugs in favor of this amazing compound, 42% to be exact!

That left us feeling excited.

If you go to PubMed and do a search on Cannabinoids you will find nearly 30,000 studies.

With thousands of studies, many are finding it is worthwhile to give it a try.

How Can CBD possibly help so many conditions?

In very simple terms CBD is a powerful nutrient for a special system in the body we mentioned above.

This important regulatory system is called The Endocannabinoid System, named after the plant that helped us discover it.

We have cannabinoid receptors throughout our bodies. 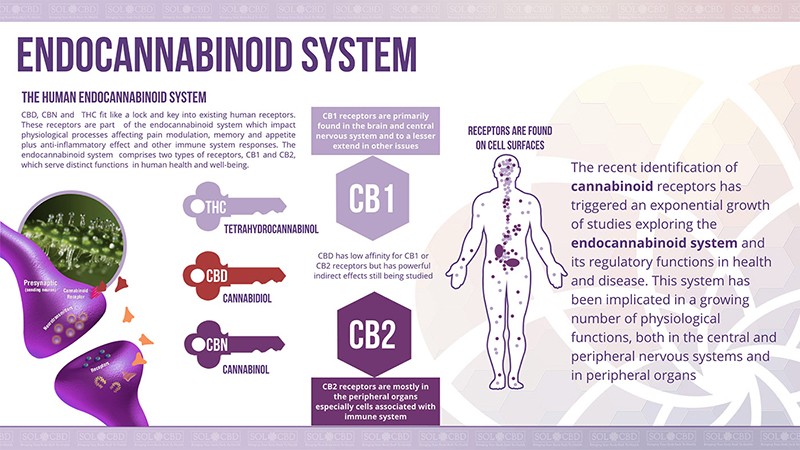 Cannabinoids such as Cannabidiol (CBD) are the chemical messengers that tell your body to get important processes moving and when to stop them.

This system's responsibility is to maintain balance or homeostasis.

Think of Cannabinoids as fuel for the Endocannabinoid System and which helps promote balance at every level of biological life, from the sub-cellular to the organismic.

Science is just beginning to understand the importance of a smooth-running Endocannabinoid System and the dangers of its poor function.

The only way to have a properly functioning endocannabinoid system is to feed it a full spectrum CBD.

By full spectrum, we mean that you get the CBD along with other cannabinoids and terpenes contained in the plant.

This creates what is called an entourage effect which simply means a synergy of compounds working together for greater effect. Many companies sell CBD as an isolate extraction removing every other compound that is useful, not us!

Now that you understand its function, you can easily imagine what it can do for you!

Secrets To How Cannabinoids May Cause Havoc On Cancer Cells

👉 Try CBD & bring your body back to health 👈

Of the 483 chemical compounds found in the Cannabis Sativa plant, every single one helps with healing but only 1 will get you high. The compound responsible for the high is THC or Tetrahydrocannabinol.

What’s interesting is it has been shown CBD counters the psychoactive effects of THC.

CBD actually works on the same pathways as opioid medicines. That means that it has the same potential effect without the nasty side effects!

You see, cannabinoid receptors and endocannabinoids are said to be present in pain circuits from the peripheral sensory nerve endings up to the brain.

Agonist cannabinoids bind to the receptors and stimulate the production of neurotransmitters that signal to the body.

Antagonist cannabinoids do not bind to the receptors and instead block the release of neurotransmitters.

CBD acts as an antagonist and is said to modulate nociceptive thresholds and inhibit the release of pro-inflammatory molecules and as such, has tremendous potential therapeutic value against inflammatory and neuropathic pain.

Cannabinoids, such as CBD, are well-known to have analgesic or pain-reducing properties and have been used for the treatment of pain and sleep disorders since ancient times.

Current treatment of pain often includes opioids, which are powerful analgesics that also have intense, unwanted side effects, tremendous addiction potential, and have demonstrated little success in reducing the pain caused by neuropathy.

While this shows promise every human body is different and there is no guarantee of relief but user feedback and studies are incredibly optimistic.

Even The US Government Wants To Cash In On The Healing Power of CBD!

Can you believe it!

While the US Government is incarcerating people for exploring the benefits of Cannabis they are also setting up to profit wildly from a compound held within it.

Seems they are playing both sides of the fence like a Mob-run organization instead of a government out to protect us.

Patent (#6,630,507) is held by the United States government which shows the true potential of CBD. This patent is licensed to a pharmaceutical lab which is currently creating products using CBD. 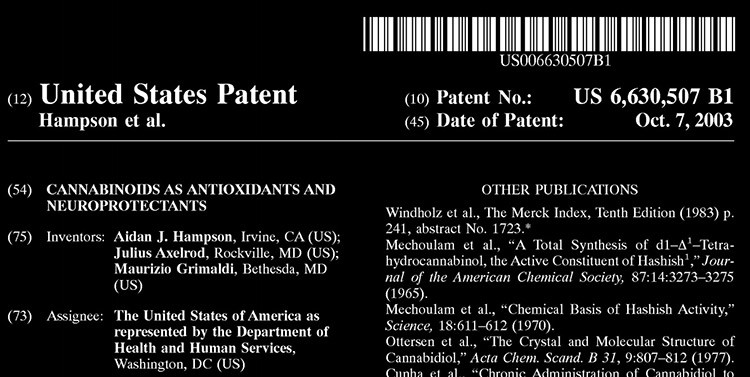 “There is evidence to support the use of cannabinoids for the treatment of chronic pain and spasticity,”  said study co-author Penny Whiting, a senior research fellow in epidemiology and health services research at the University of Bristol in the United Kingdom.

Quality CBD Oil You Can Trust…

WARNING: As a consumer, you must be very careful of where you get your CBD. A few high-profile companies claimed that their products contained certain amounts of cannabidiol (CBD) and charged a hefty price for it, but when FDA tested those products, some of them did not have any CBD at all!

Opportunists are cashing in on you.

SOL✿CBD is a family-run business started 6 years ago with a mission of care and earned trust.

Thousands of testimonials are the barometer of our success and...

... We're so confident that our products will deliver results we offer an industry-leading no-questions-asked 60 Day MoneyBack Guarantee!

We're excited to earn your trust and hear your testimonial.

Our biggest question is which product to try and we're happy to recommend our capsules because of their convenience and power.

You can order risk-free below and because you're part of the PROJECT:YOURSELF community we have something special for you! 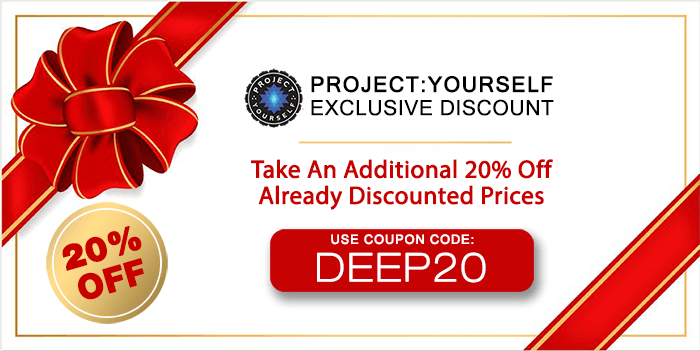 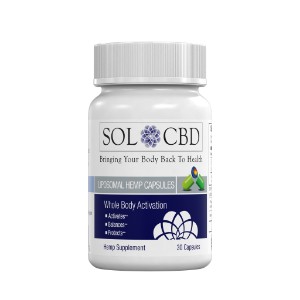 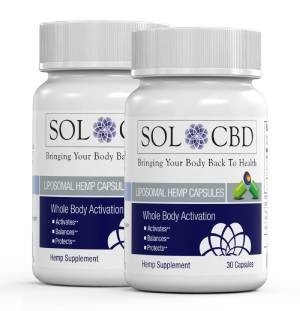 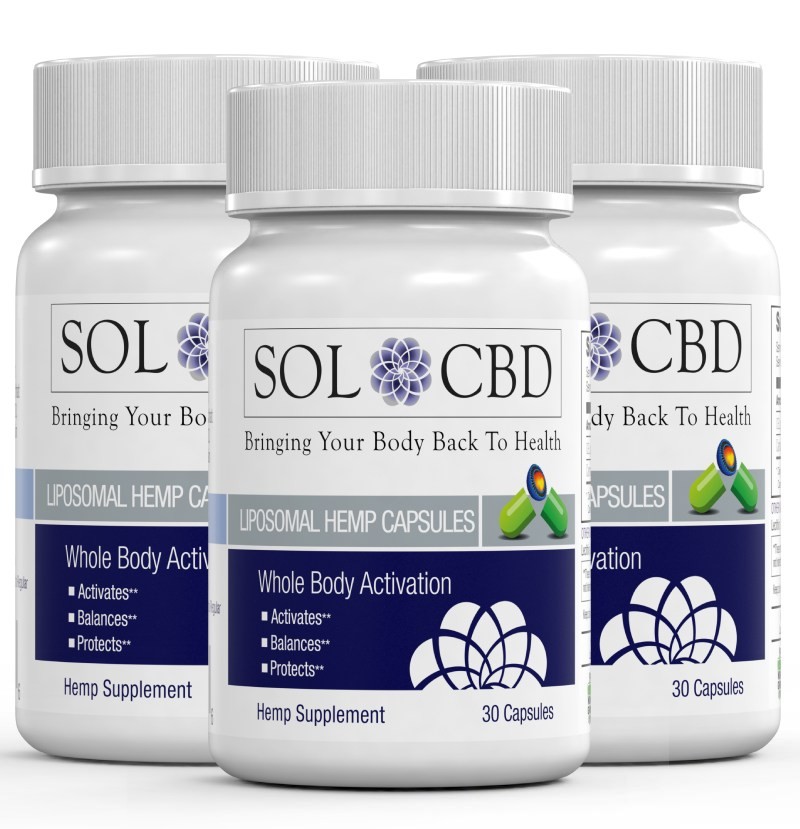 Still Not Sure? Watch As Medical Doctors Break The Silence and Speak Out On The Benefits of CBD, Here:

And if this isn’t revealing enough, here is…

The Science Behind The Success – Understanding Cannabidiol (CBD)

Remember, CBD is one of over 60 compounds found in cannabis that belong to a class of molecules called cannabinoids. This video below illustrates beautifully the compound and its benefits in the human body. 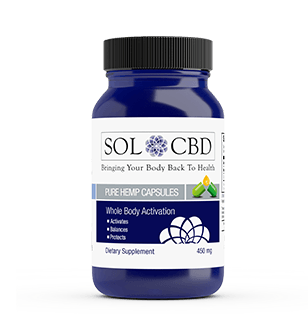 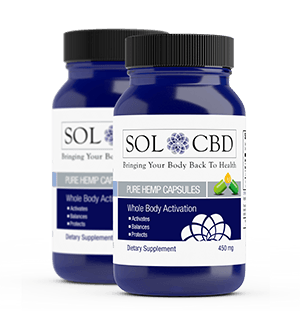 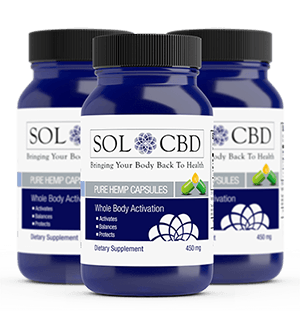